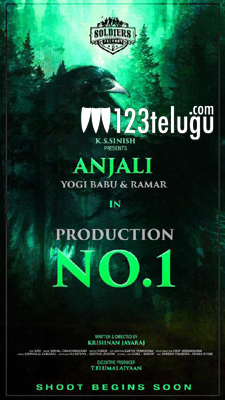 After a series of horror thrillers, actress Anjali is all set to try out a comic caper in her next. The actress has just signed a Tamil fantasy comedy which is being produced by KS Sinish, the director of Anjali’s horror thriller, Balloon. This as-yet-untitled film also has popular Tamil comedian Yogi Babu in a key role.

Apparently, Anjali’s character in the movie has a lot of scope for performance and she will also be seen in the titular role in the movie. The film is being directed by Krishnan Jayaraj. Krishna Gadi Veera Prema Gadha and Padi Padi Leche Manasu fame Vishal Chandrasekhar will be composing the music. In Tollywood, Anjali will next be seen in Anushka’s Silence.