Another leading lady finalized for Balakrishna’s film
Published on Jul 25, 2019 3:00 am IST 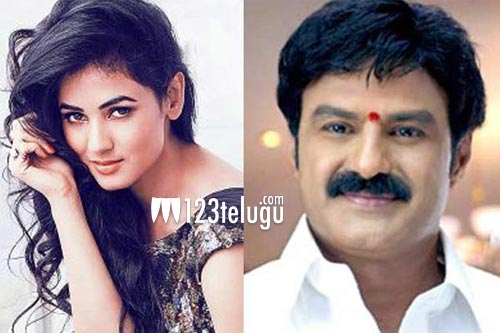 The second schedule for Balakrishna’s next film under senior Tamil director KS Ravikumar’s direction will commence soon. Meanwhile, the makers have roped in two young actresses who will be romancing Balayya in to movie.

Yesterday, we reported that Bollywood actress Sonal Chauhan, who was earlier seen in Balayya’s Legend and Dictator, has been signed on to play one of the two leading ladies. And the latest update is that the makers have zeroed in on Banana and Kanchana 3 actress Vedhika as the other leading lady in the movie.