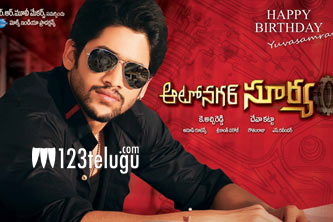 The audio album of Akkineni Naga Chaitanya’s ‘Autonagar Surya’ might be released in the first week of December. As per the latest reports being heard, the producers are looking at December 5th or 7th as the possible dates. An official announcement is expected soon.

Naga Chaitanya and Samantha will be seen in lead roles while Deva Katta is the director of this action entertainer. The film is expected to hit the screens very soon. The film’s shoot has resumed after a long delay but work is now largely over.

R.R. Movie Makers banner is producing this project and Anoop Rubens is the music director of ‘Autonagar Surya’. The film has generated a good buzz with its recent theatrical trailer.