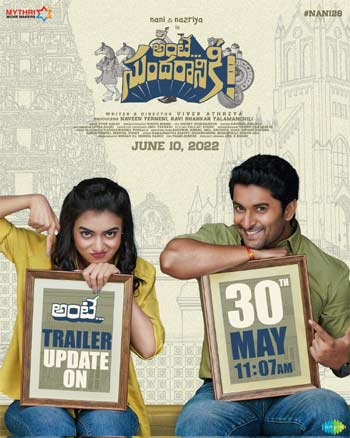 The movie will have a simultaneous release in Tamil and Malayalam, along with the Telugu version. Meanwhile, the makers announced that Ante Sundarakini’s trailer update is coming on May 30th at 11:07 AM. Both Nani and Nazriya look cute together in the announcement poster.

Since the reception for the teaser was humongous with hilarious content, there is eagerness for a theatrical trailer. Surely, the trailer is expected to set the bar further high on the movie that is already making a huge noise.