Ante Sundaraniki’s pre-release event to be held on this date
Published on Jun 6, 2022 7:30 pm IST 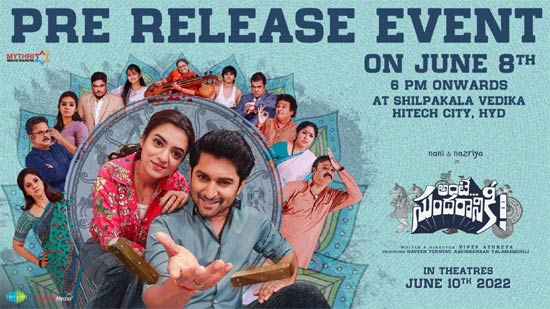 Nani is ready with his new film Ante Sundaraniki which will be out this Friday and the promotions of the film are on in full swing.

As per the latest update, the makers have decided to hold the pre-release event of the film on the 8th of this month in Shilpa Kala Vedika in Hyderabad.

A special guest will be coming in as chief guest as per the news. Vivek Athreya has directed this film which has Nzariya making her Telugu debut.