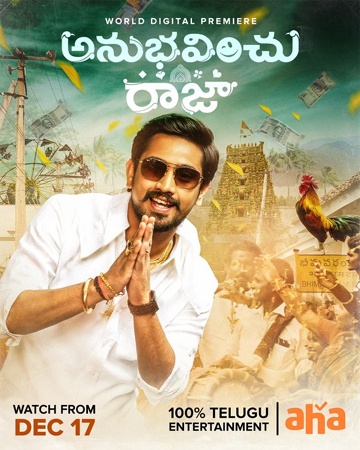 Young actor Raj Tarun’s latest movie, Anubhavinchu Raja, finally coming on to small screens. The film is going to be released on Aha on December 17, 2021.

The film, which released last month, has run well in theaters. Raj Tarun and Kashish Khan performed well in this comedy entertainer.

Those who missed Anubhavinchu Raja in cinemas, can watch it on Aha.

Directed by Sreenu Gavireddy, the film also has Posani Krishna Murali, Ajay, Sudarshan and others.