Anurag Kashyap to present Hindi version of Taapsee’s next film
Published on May 10, 2019 9:06 pm IST 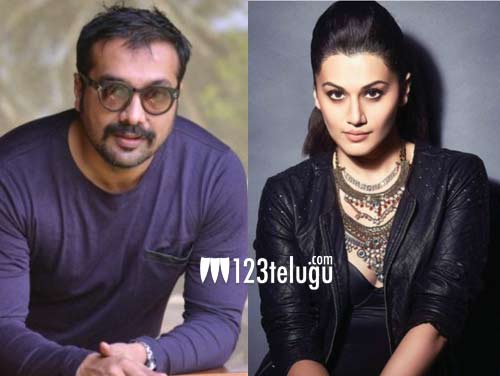 Taapsee, who was last seen in Neevavero, is all excited about her upcoming bilingual film, Game Over. The Tamil-Telugu film has been directed by Ashwin Saravanan and Sashikanth has produced it under YNot Studios. Taapsee plays a game developer in this thriller, who gets stuck in an unusual situation.

Now, the makers have teamed up with Anurag Kashyap and Reliance Entertainment to release the film in Hindi as well. “I’m very kicked about presenting this game-changing film in Hindi. This film proves yet again that the quality of filmmaking from South is outstanding and Ashwin has made a genre-bending film which we have never seen before.”

Taapsee also thanked Anurag for coming on board to release the film in Hindi, and in the past, they had collaborated on films like Manmarziyan. They’ll soon team up for another supernatural thriller which will release in 2020. Game Over is going to release in Telugu, Tamil, and Hindi later this year.