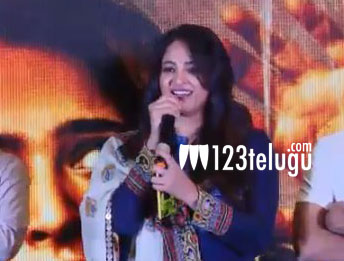 For the first time ever, Anushka has spoken about her latest horror thriller Bhaagamathie. The actress, who was in Chennai earlier today for the film’s audio launch, stated that Ashok had approached her with this script back in 2012; however, it took a long time to go on the sets because of her prior commitments.

Speaking about the film, Anushka said, “I am not a big fan of thrillers, but I ended up being part of one because I loved the story. Usually, I try to transform myself based on the characters I play; however, Bhaagamathie didn’t require me to transform physically. Yet, it gave me plenty of scope to perform.” The actress also joked that although she is eagerly waiting to do a breezy romantic drama, she almost always ends up doing films where she has to kill people with swords and knives.

Directed by Ashok, the film also stars Unni Mukundan, Suresh Gopi, and Aasha Sharath, and it’ll release in Telugu, Tamil, and Malayalam. UV Creations banner has produced the film which will release on January 26.