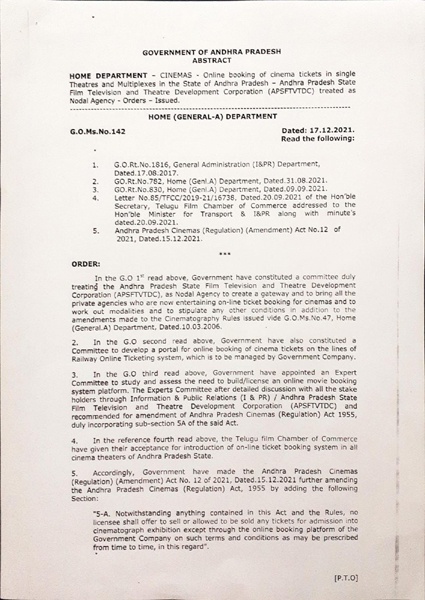 While the movie tickets price issue is going on, the Andhra Pradesh state government has issued a new GO to control the sales of movie tickets.

According to GO 142, the sales of movie tickets should only be done through a government portal. It will be handled by Andhra Pradesh Film Development Corporation (APFDC), noted the government. 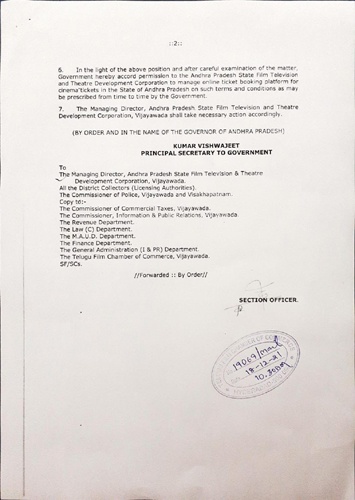 The government is also planning to design a dedicated app for the public to book tickets online. The portal and app might be available to all from January.

It is already known that AP High Court suspended GO 35, which is meant to reduce ticket prices in the state. After that, the government filed a case against the High Court’s decision and the case is still running.