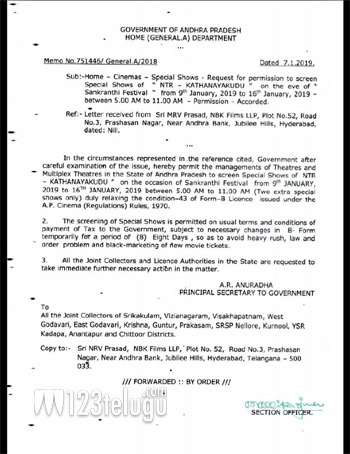 In a major boost to the film’s makers and the distributors, the Andhra Pradesh government has granted permission to organize two extra shows of NTR Kathanayakudu this Sankranthi season. The extra shows can be held between 5 am to 11 am every day, starting from January 9 until January 16.

The AP government took this decision keeping in mind the heavy rush for tickets, which may lead to law and order problems, and the black marketing of tickets at single screen theaters. However, it is still unclear whether the government will give a similar boost to the other two major Sankranthi releases, Vinaya Vidheya Rama and F2. 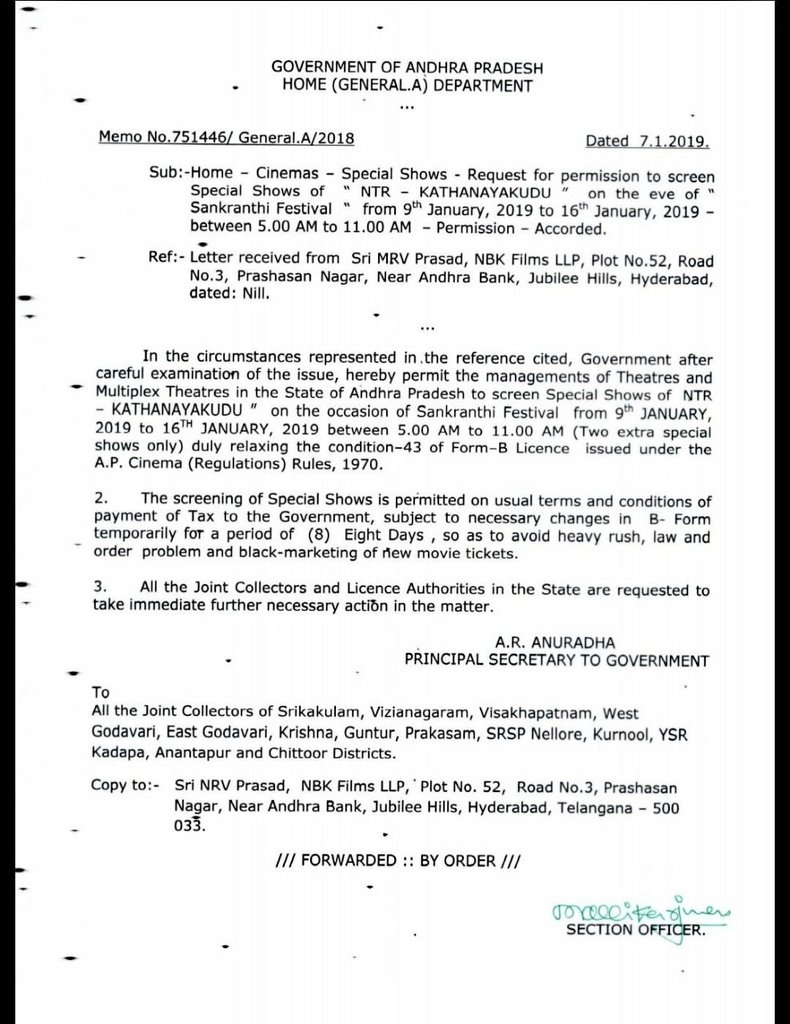