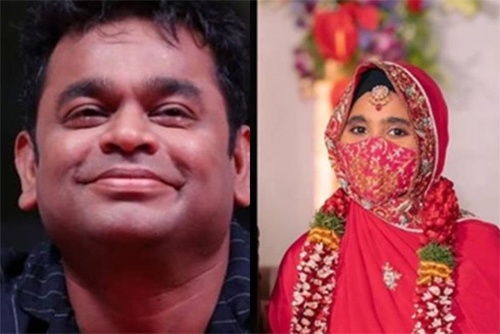 It is a known fact that AR Rahman has three kids and one of them is the noted singer Khatija Rahman. Well, she is in the news now.

The update from Chennai is that Khatija has got engaged to audio engineer Riyas in a private ceremony in Chennai. The engagement was a very close knit affiar and no one from the industry were invited.

The groom, Riyas associates with music director Amit Trivedi and does shows for him as a sound producer. Here’s wishing Rahman and his family congrats on their new beginning.