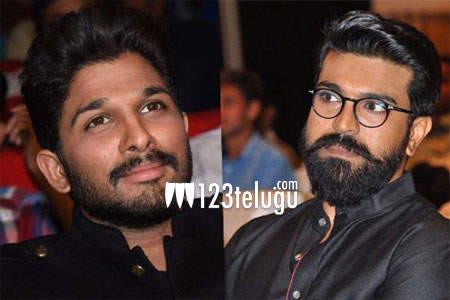 Allu Arjun and Ram Charan are the two leading young generation stars from the Mega family. Both the actors often find themselves in unwanted media gossips about their personal equation. Reports of both the stars entangled in a cold war and not being on talking terms emerge in a section of media occasionally.

However, Allu Arjun’s brother and actor Allu Sirish has refuted the rumors of rift between his brother and cousin Ram Charan in a latest interview while promoting his new film, ABCD. Sirish laughed off the rumors and said that both Allu Arjun and Charan share a close rapport with each other and even meet quite often. Sirish urged fans to not believe in any unnecessary rumors about the Mega cousins.