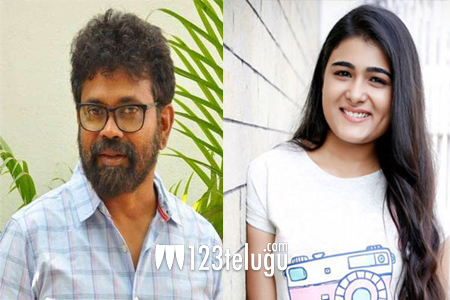 We had earlier reported that star director Sukumar will soon be producing a film with Naga Shaurya as the hero. Sukumar’s protege Kasi Vishal will be making his directorial debut with this film, which is touted as a romantic drama.

As per the latest buzz, Arjun Reddy actress Shalini Pandey has been roped in to play the female lead in the film. Apparently, director Kasi felt that Shalini will be perfect to play the character and approached her with the offer. Impressed with the script and her role, the actress readily gave her nod.

This as-yet-untitled film will be co-produced by Sardaar Gabbar Singh producer Sharrat Marar. Stay tuned for an official announcement.