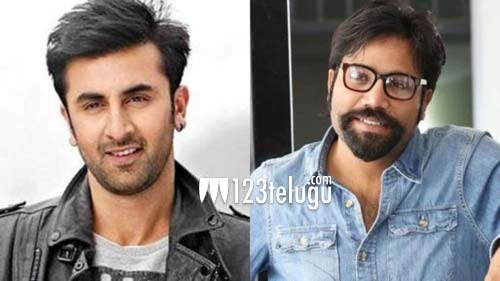 After the phenomenal debut with Arjun Reddy in 2018, director Sandeep Reddy Vanga successfully followed it up with its Bollywood remake, Kabir Singh. Since then, Sandeep has been in talks with several top stars in Bollywood and Tollywood for his next project.

Until early this year, speculations were rife that Sandeep Vanga’s next film will be a dark crime thriller, titled Devil, and it will feature leading Bollywood star Ranbir Kapoor. Later, reports had it that Ranbir had rejected Sandeep’s script and that the director had pitched the same script to Prabhas, again to be turned down by the Baahubali actor.

Now, if the latest buzz in Bollywood circles is to be believed, Sandeep is again in talks with Ranbir and the discussions are going on positively and some clarity might emerge in a few weeks time. Stay tuned for further updates.