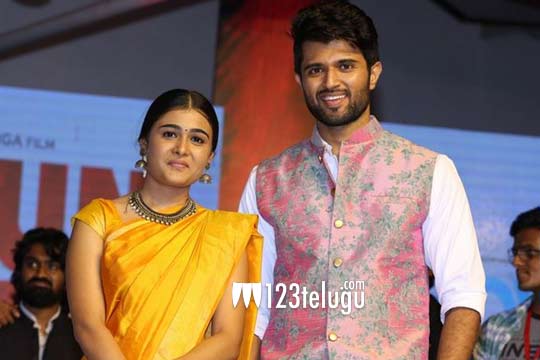 It was already reported that hero Vijay Deverakonda is soon going to do a trilingual project titled Hero. Debutante Anand Annamalai will be directing the movie and Mythri Movie Makers will bankroll it.

Already, Peta fame Malavika Mohanan has been finalized as one the female leads in this romantic drama. Meanwhile, the latest news is that Arjun Reddy girl, Shalini Pandey is locked as yet another heroine in this film.

Vijay will be seen as a professional biker in this film which is expected to go on floors later this month.