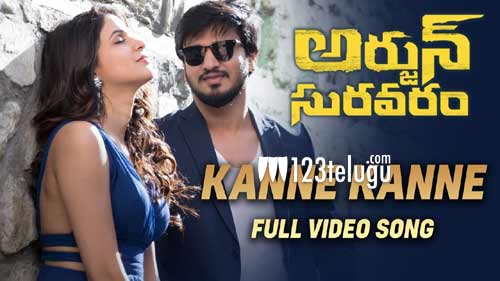 Kanne Kanne, the love song from Nikhil and Lavanya Tripathi’s soon-to-release thriller, Arjun Suravaram, became a good hit when it was out last summer. And yesterday, the makers launched the song’s video version again to a positive response.

Kanne Kanne is full of breezy romance and it features Nikhil, Lavanya and foreign dancers. The song has been picturized quite well and it showcases some picturesque foreign locales. The song has been composed by young Tamil music composer Sam CS, while Anurag Kulkarni and Chinmayi crooned the lyrics penned by Shree Mani.

Arjun Suravaram is being presented by Tagore Madhu. The film is all set for release on November 29. TN Santosh is the director and Rajkumar Akella is the producer.