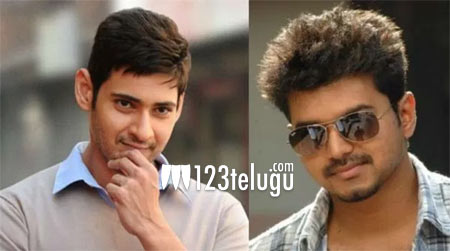 AR Murugadoss is one of the leading filmmakers in the country, and he has worked with the likes of Aamir Khan, Mahesh Babu, Vijay, and Suriya over the years. In fact, he’s one of the most sought after filmmakers in Tamil cinema, which eventually paved way for his comeback in Telugu cinema after a gap of more than a decade.

Interestingly, in a recent promotional interview of Spyder, AR Murugadoss revealed that he has pitched for a multi-starrer with Mahesh Babu and Vijay. Apparently, the director shared the basic concept of the film with both the stars and the film will have Mahesh Babu playing the villain in the Tamil version, whereas in the Telugu version there will be a role-reversal and Vijay will be playing the villain.

However, it’s not yet clear if both the stars have agreed to act in this project or even if they have, when will this project go on floors? Nevertheless, it’s certainly an interesting concept and in the past, only Vikram had attempted something like this in Mani Ratnam’s Raavan. Let’s wait and watch.