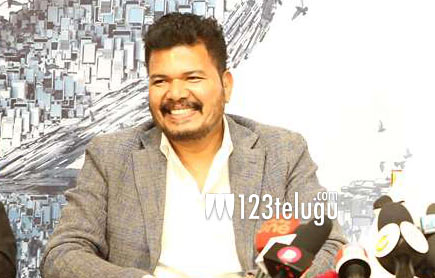 The 2.0 team’s press meet at the Burj Al Arab hotel in Dubai concluded this afternoon. The press meet was a curtainraiser for the much-awaited audio launch event, which is scheduled to take place tomorrow night.

Addressing the media, the film’s director Shankar revealed that 2.0 has an important global message. “People from any part of the world can connect with the film’s message and that’s why we had approached Hollywood action star Arnold Schwarzenegger. He liked the script, but things didn’t fall into place at the time of signing the contract,” Shankar said.

The maverick director further said that 2.0 will be on par with Hollywood films and that Hollywood stunt co-ordinator Kenny Bates has done a wonderful job composing larger than life action sequences.