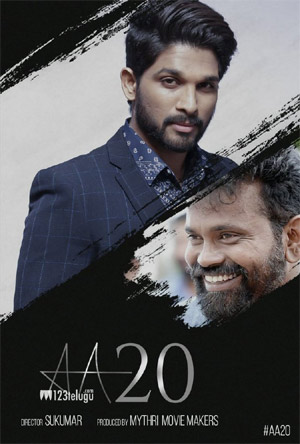 Here comes an exciting update. After the path-breaking romantic dramas, Arya and Arya 2, Stylish Star Allu Arjun and Sukumar are all set to join forces for a hat-trick. An official announcement regarding the Bunny-Sukumar project has been made this afternoon.

Leading production house Mythri Movie Makers banner is going to bankroll the project. Details about the film’s leading lady and other cast and crew members will be announced later. Sukumar’s regular lieutenants like DSP and Rathnavelu are expected to be roped in for the project.

This as-yet-untitled film will mark Allu Arjun’s 20th film. The project will go on floors after Bunny wraps up Trivikram’s movie and Sukumar is done with his next featuring Mahesh Babu.