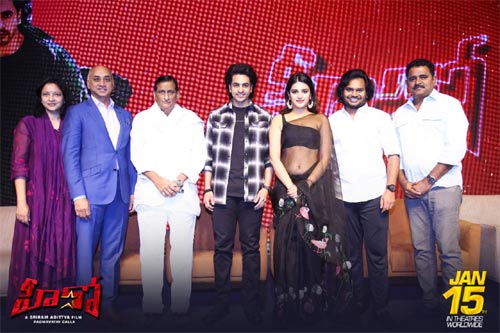 In a press meet that happened today, the actor, Ashok kicked off his speech by saying thanks to the media people who attended the meet.

Speaking about the film, Ashok said that the release of ‘Hero’ movie is like a dream come true moment for him and he noted that he has been waiting for the flick’s release for a long time.

Ashok mentioned that his and the team’s energy levels have increased since they announced that the movie is coming for Sankranthi 2022. He thanked Krishna, Mahesh Babu fans and audiences for making a recently released song a big hit.

The protagonist has said that the team Hero will think of the movie as a hit if the audience enjoyed the movie like how the crew did enjoy it while filming.