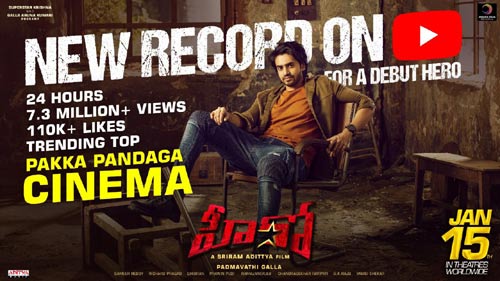 Directed by Sriram Adittya and produced by Padmavathi Galla under Amara Raja Media & Entertainment banner, the movie has Nidhhi Agerwal, Jagapathi Babu, Naresh and others in pivotal roles.