Ashwini Dutt, Dil Raju have the best reaction to Maharshi’s success
Published on May 12, 2019 7:01 pm IST 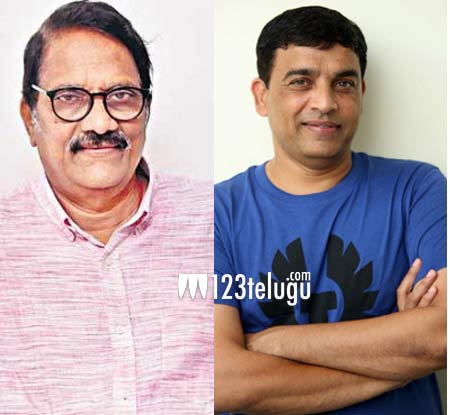 Superstar Mahesh Babu’s prestigious silver jubilee film, Maharshi, released on Thursday and is turning out to be a huge money-spinner. The film’s unit held a success meet this afternoon to share its happiness with the fans and media.

Speaking at the event, one of the film’s producers Ashwini Dutt revealed that most of the biggest blockbusters in Mahesh’s father Superstar Krishna’s career had the senior hero playing a farmer. Ashwini Dutt went on to say that Mahesh chose a noble story based on farmers’ crisis for his silver jubilee film and repeated his father’s success by scoring a blockbuster with Maharshi.

On the other hand, Dil Raju said that he is proud of the fact that whatever he had said at the film’s pre-release event a couple of weeks ago out of confidence has turned out to be true with Maharshi’s success now. He went on to say that Maharshi will always be a memorable movie in his career as a producer.