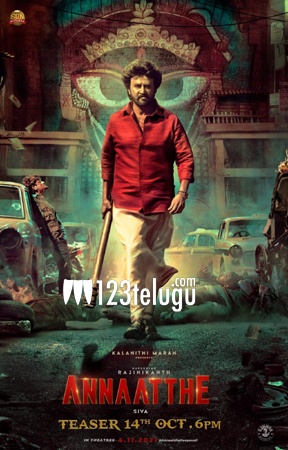 Kollywood stalwart actor Rajinikanth’s upcoming action family entertainer, Annaatthe, is being eagerly awaited by fans across the world. The film is going to hit the big screens on November 4 as a Diwali festive treat. The film’s much-awaited teaser will be out tomorrow (Oct 14) evening.