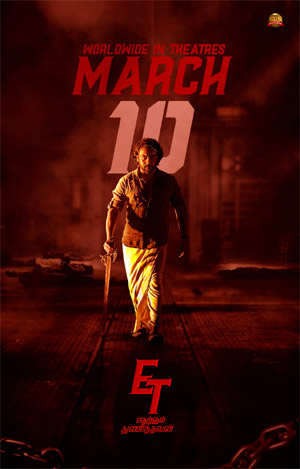 Tollywood’s popular production and distribution house Asian Multiplexes Private Limited has bagged the Telugu rights of the movie. Considering Suriya’s huge market value, the rights of the film titled in Telugu as ET were sold for a fancy price. Along with the Tamil version, the film will have simultaneous release in Telugu on March 10, 2022.

Priyanka Arul Mohan plays Suriya’s love interest in the movie for which R Rathnavelu is the cinematographer and D Imman is the music director. Vinai Rai, Sathyaraj, Rajkiran and Saranya Ponvannan will be seen in crucial roles in the film.