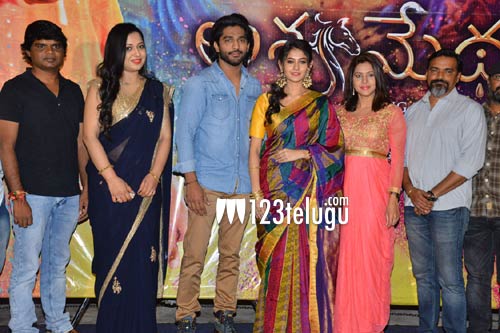 Young hero, Dhruva Karunakar is all set to make his debut in Tollywood with the film Aswamedham. The first single which is composed by Charan Arjun was launched earlier today in Hyderabad.

Speaking at the launch, young hero thanked the makers for launching him in Tollywood in a grand manner. He also added that the film will impress every section of the audience as the proceedings have been kept quite realistic.

Aswamedham is directed by Nithin G and has Shivangi as the heroine. Watch out this space for more updates on this project.