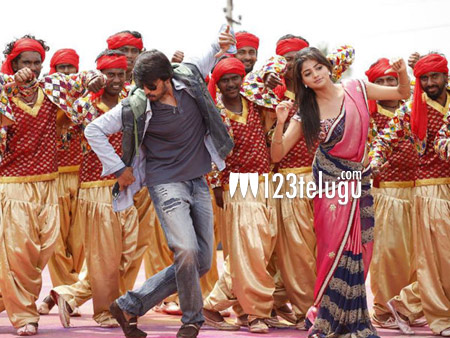 Powerstar Pawan Kalyan starrer Atharintiki Dharedhi created a sensation when it was released in 2013. Braving the pirates, the film did phenomenal business across the globe and collected close to 80 crores to become the all-time highest grosser in the history of Telugu Cinema. Now, the film has been remade into Kannada as Ranna, starring
Kicha Sudeep.

Ranna hit the screens yesterday and the response at the box-office was no less than that of Atharintiki Dharedhi. The film succeeded in appeasing the critics and the audiences alike and the Trade analysts have already termed it a blockbuster in making.