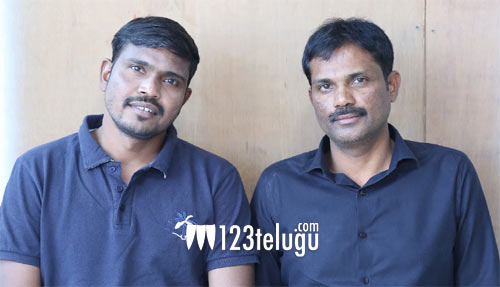 Atithi Devo Bhava featuring Aadi Sai Kumar and Nuveksha is releasing on January 7, 2022. The film has completed censor formalities and got U/A certificate. On the occasion, producers Rajababu Miryala and Ashok Reddy Miryala interacted with the media.

Speaking to the media they said, “We believe in the story of the film and decided to release the movie irrespective of the current situations. Atithi Devo Bhava will become Aadi’s career-best film.”

“Atithi Devo Bhava is not a horror film. The movie is lovable in the first half and is thrilling in the second half. My goal is to direct a good film,” expressed Ashok Reddy.

They also mentioned, “Actually, we wanted to release the movie in November 2021 but postponed due to the delay of music sittings. Later, we planned to release it on January 26. Unfortunately, the postponement of RRR became a boon to us and we are coming on January 7.”

“We roped in Aadi Sai Kumar as we think that he would justify the character in the film. Heroine Nuveksha also performed well even though she didn’t know Telugu. The movie is a pack of emotions, comedy and love,” they said.

“Director Polimera Nageshwar is a talented person and he helped in finishing the movie as we expected,” said the makers.