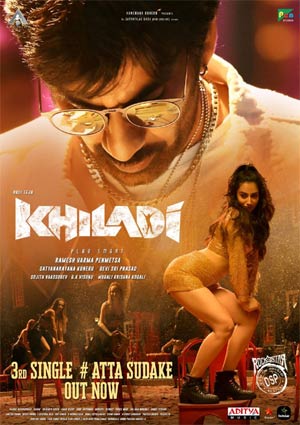 Composed by the Rock Star, Devi Sri Prasad, the song is so energetic and also a foot-tapping number. The vocals of Devi Sri Prasad and Sameera Bharadwaj make the song euphonious. Besides, Ravi Teja and Meenakshi Chaudary steps are an eye feast to the fans.

Directed by Ramesh Varma, the film also has Dimple Hayati as the love interest of Ravi Teja. Khiladi is gearing up for a release on February 11, 2022.