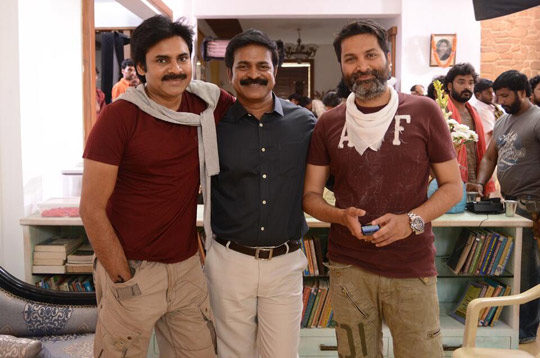 Power Star Pawan Kalyan’s ‘Attarindiki Dhaaredi’ is nearing completion. The final song of the film will be shot at Ramoji Film City and set work is going on right now. Art director Ravinder is supervising the efforts.

The film unit completed its European schedule recently. As we revealed earlier, three songs and some talkie scenes were canned in this schedule. Samantha is the heroine in this film and Praneetha will be seen as the second lead.

Trivikram Srinivas is the director of this film. Devi Sri Prasad is scoring the music and BVSN Prasad is the producer of the film. Noted bollywood actor Boman Irani is making his Telugu debut with this movie. AD is currently gearing up for a release in the first week of August.