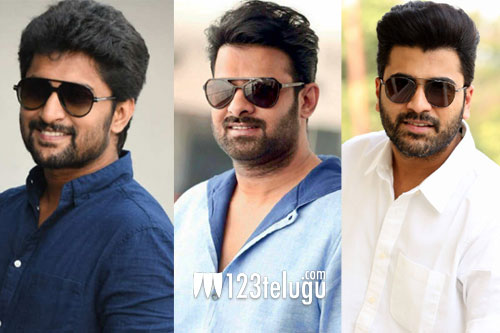 By now, everyone knows that Prabhas’s Saaho will hit the screens on the 15th of August as Independence day special. But looks like the film is going to have a kind of competition.

The news is that both Nani’s film with Vikram Kumar and Sharwa’s 96 remake will be released during the same time. Both these films will be out either a week before or after Saaho’s release.

Saaho is directed by Sujeeth and is nearing its completion whereas 96 remake is yet to go on floors.