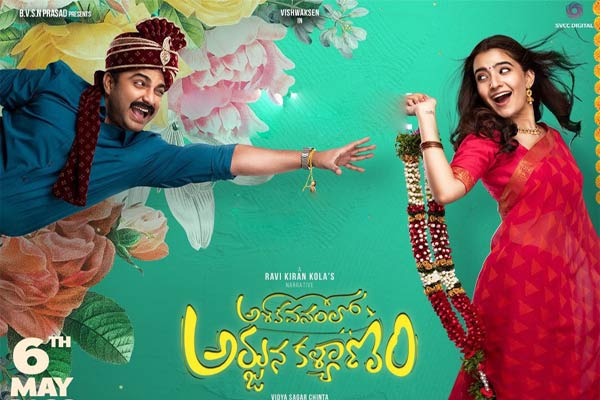 Young actor Vishwak Sen’s recent film Ashoka Vanamlo Arjuna Kalyanam impressed audiences and became a hit at the box office. The same happened when the movie was released on OTT. Now, the family drama is all set for a world television premiere.

Gemini TV grabbed the satellite rights of the film and today the channel has announced that Ashoka Vanamlo Arjuna Kalyanam will be aired at 6 PM on August 7, 2022. An official promo has also been released by the channel.

Directed by Vidya Sagar Chinta, the movie has Rukshar Dhillon and Ritika Nayak as the female leads. Produced by SVCC Digital, the flick has music composed by Jay Krish.