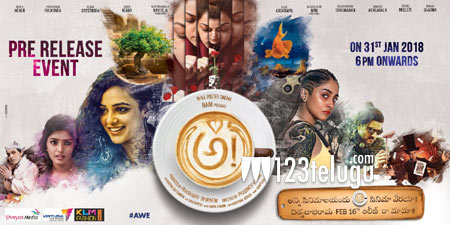 Hero Nani has turned producer once again with an experimental multi-starrer titled Awe. After raising curiosity levels among movie lovers with a series of character intro posters and an impressive teaser, the makers of Awe unveiled the film’s theatrical trailer this evening.

Awe’s teaser is intriguing right from the word go. Even though the trailer doesn’t reveal the film’s plot much and appears brainy, it succeeds in raising expectations with its star cast and their characterizations. The film is based on true stories.