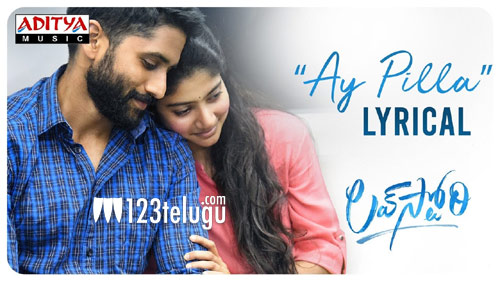 Shekhar Kammula’s Love Story is a film that has created a superb buzz for itself as it has Sai Pallavi and Chay Akkineni in lead roles.

The promotions of the film are on in full swing and the first song Ay Pilla is out now. Sung beautifully by Haricharan, the song also showcases the lead pair growth in life.

The emotion of making it big and the romance has been nicely interlinked by the music director Pawan Ch. The song will surely be bigger once the visuals are out.

For now, the song is quite impressive and has Shekhar Kammula’s stamp written all over. The film will hit the screens in the month of May