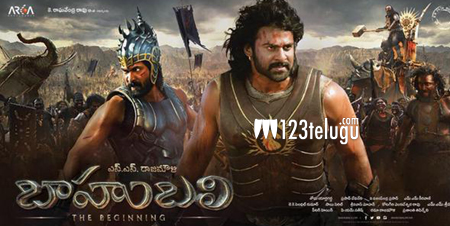 The principal shooting of SS Rajamouli’s magnum opus Baahubali 2 is currently progressing briskly at Ramoji Film City, Hyderabad. The film was shot earlier in Kerala and several vital sequences were canned in that schedule.

Currently, important scenes related to Devasena kingdom are being shot. The shoot mainly involves Prabhas, Satyaraj and Anushka. This major schdule will be finished by the end of this month.

According to our sources, the cast and crew will go on a long break till June 15th, after which another schdule will commence. The film is scheduled to be released in April, 2017.