Baahubali distributors to release Spyder across North India
Published on Aug 17, 2017 3:53 am IST 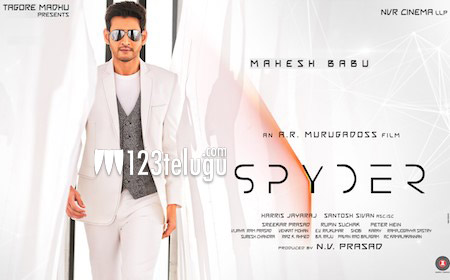 Superstar Mahesh Babu and AR Murugadoss’ action thriller, Spyder, is a hot cake keenly anticipated by fans and trade circles in Telugu and Tamil. The film is also going to be released in Malayalam. And here’s an exciting update.

Spyder is hitting the screens on September 27th. Rakul Preet is the film’s leading lady and Harris Jayaraj is the music composer. Tagore Madhu and NV Prasad are jointly producing this high budget entertainer.