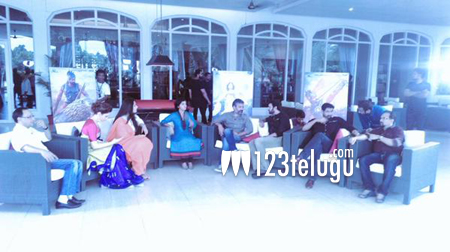 It is a known fact that the audio launch of Baahubali’s Malayalam version is slated to happen short while from now. Several bigwigs from the Kerala industry are set to grace this audio launch along with the entire team of Baahubali.

Prabhas, Rana and the entire star cast has already reached the venue and are giving interviews to the media. M M Keeravni has composed the music of this big budget entertainer which is produced by Arka Media.