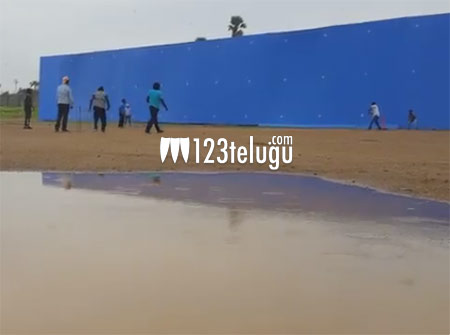 The unpredictable rains have caused a havoc to many. The latest victim is the team of S S Rajamouli’s Baahubali. Rain played a spoilsport earlier today as the entire shoot for the day had to be cancelled.

The makers are trying hard to wrap up the film in time but looks like such things are causing heavy problems. Left with no choice, the team was spotted playing a fun game of cricket on the sets.