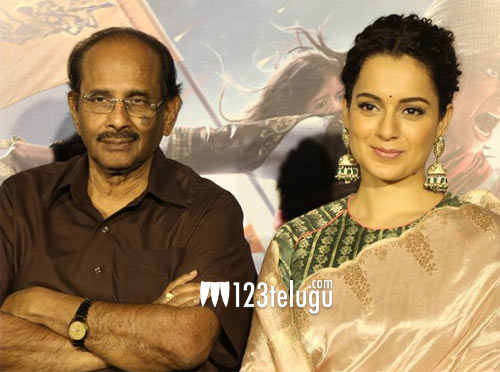 We had reported recently that veteran writer V Vijayendra Prasad will once again be collaborating with Bollywood heroine Kangana Ranaut after the recently released historic biopic, Manikarnika. The Baahubali writer will be penning a script based on Kangana’s life and her struggles to make a mark in Bollywood.

And, the latest reports reveal that Vijayendra Prasad has encouraged Kangana to direct her biopic herself when the actress was unsure about roping in a director to helm the project. Apparently, it was Vijayendra Prasad who had also encouraged Kangana to direct a part of Manikarnika when Krish had left the project Midway. The senior writer has complete trust in Kangana’s directorial skills and believes that only she can do justice to her own biopic.