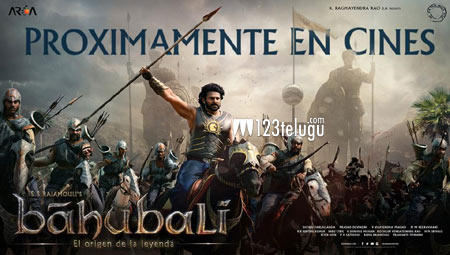 Now, after much wait for the perfect release date, Baahubali’s Spanish version will hit the screens in the exotic Latin American country of Peru on the 26th of this month. Recently, Baahubali was released in Taiwan, apart from Germany and France in Europe. The Chinese release is slated for June 24.

Team Baahubali is currently shooting for the film’s second part, The Conclusion.