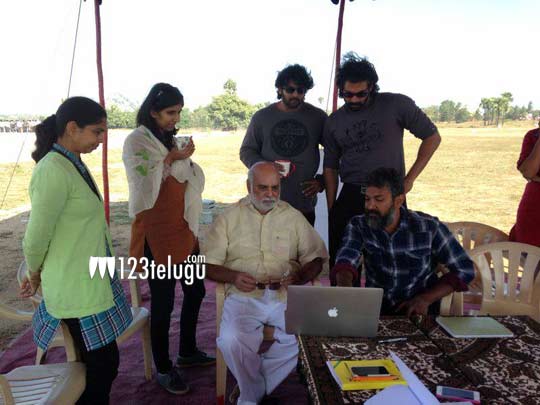 S S Rajamouli is currently busy shooting a huge battle sequence for his upcoming film Baahubali in Ramoji Film City, Hyderabad. The ace director has revealed that the team is going to take a short break for the next couple of days. Shooting is expected to resume from January 2 onwards and go on for nearly 50 days. Both Prabhas and Rana Daggubati are taking part in this battle sequence.

Since this battle sequence is being shot on a mammoth scale, the producers are spending a bomb, besides allocating dedicated resources to complete the VFX part. Moreover, with more than 2000 junior artists, apart from the key characters shooting for this sequence alone, it’s turning out to be one of the most challenging shoots in Rajamouli’s career.

Anushka and Tamannaah are the lead actresses in this big budget period drama. Arka Mediaworks is producing the film and K Raghavendra Rao is presenting it. M M Keeravani is scoring the music.