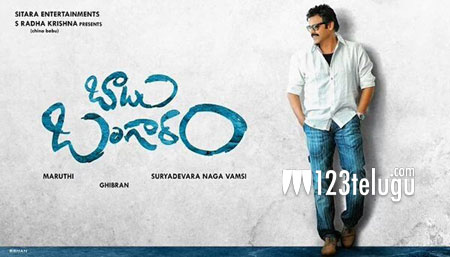 It is a known fact that the shooting of Babu Bangaram is nearing completion. Latest update reveals that the unit has now moved to Annapurna Studios for a ten day schedule.

Post this schedule, the team will leave for a foreign schedule where two songs will be canned. With this, the entire film will be wrapped up. The makers have also planned to release the first look of the film on the 8th of April.

Directed by Maruthi, this film has Nayanthara as the female lead and Ghibran scores the music.