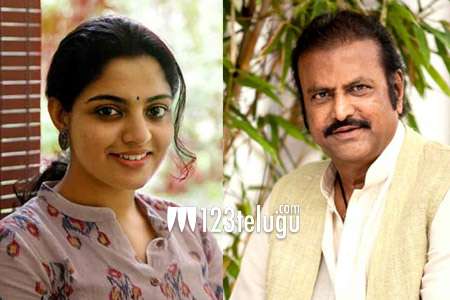 It is a known fact that Mohan Babu is doing a hard-hitting film in the direction of Madan. The shooting of the film is also nearing its completion and the latest we hear is that the film will be based on an emotional father and daughter story.

Meda Meda Abbayi fame Nikhila Vimal is playing the female lead and Mohan Babu’s daughter in this film which has been titled Gayatri. Mohan Babu’s role is said to be quite emotional and reports suggest that he has done an amazing job in the film.

The emotional drama will also have Vishnu Manchu in an important role.