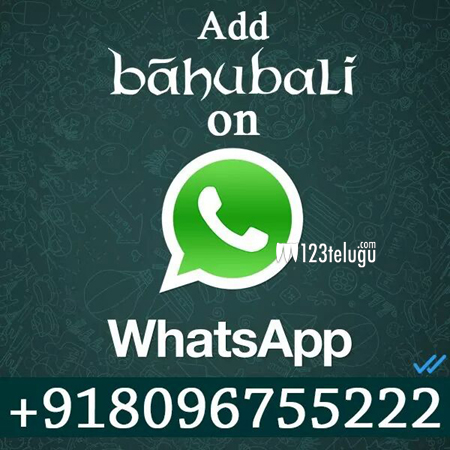 Bahubali has been in the making for a long time now and it would take another 6 months for the first part to get released. It is very important for the makers to keep the audience’s interest from dwindling and hence they are trying to explore ways to keep the public engaged and informed about Bahubali.

One such attempt was made at Comicon Hyderabad when the props used in the movie were put on display for the fans to see and try. The team has now come out with another innovative attempt of using whatsaap messenger for their promotion. Fans who add the number 809675522 on whatsapp can get access to some exclusive content from the movie.

Bahubali is the mega project handled by Rajamouli that features Prabhas , Rana and other actors in important roles. The movie has been in the making since 2 years and it is going to be released in 2 parts, one in the first half of 2015, and the other one in the second half.