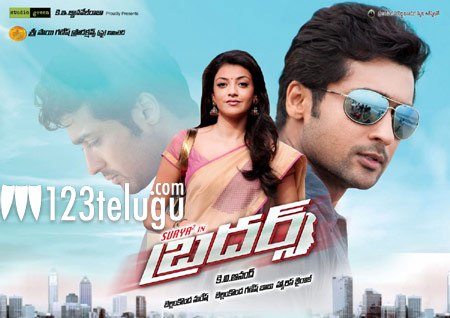 Surya is undoubtedly one of the finest actors in contemporary cinema in South. From Sivaputrudu to his recent film Seventh Sense, he has always tried to do something different to impress the audience. Recently, at the audio launch of Brothers, KV Anand revealed that Surya never gets tired and is always ready for retakes if the directors wants him to enact the scene again. Now Surya himself has spilled the secret behind his style of acting. “I should give a lot of credit to director Bala. When I worked with him, he told me, ‘Surya, a film will live on forever, even after your death. Try not to commit an error and never let anyone down. If you want to do another take if you want to improve, then do it.’ Since then I have followed this strategy which is why I don’t get bored even after 16-17 takes,” Surya said. His upcoming film Brothers, in which he’s playing conjoined twins, is slated for release on October 12. Kajal is his co-star and KV Anand has directed the action entertainer. Bellamkonda Suresh is distributing the film.