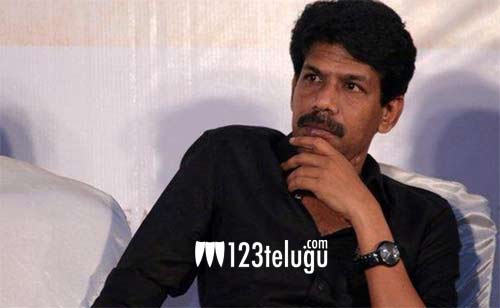 A couple of days ago, fans of Chiyaan Vikram and the cult Telugu romantic drama, Arjun Reddy, were in for a huge shock. E4 Entertainments, the banner that’s bankrolling Arjun Reddy’s Tamil remake, Varmaa, released a statement saying that director Bala’s version of Varmaa will be scrapped and that the entire movie will be reshot with another director.

But Varmaa producer’s claims didn’t go down well with Bala. He has released an open statement that it was he who has quit Varmaa due to creative differences with the film’s producer. Bala also published the original agreement with the producer (date Jan 22) in which he mentioned the same. In a dignified way, Bala said that he wants to end the matter keeping in mind the film’s hero Dhruv Vikram’s future. 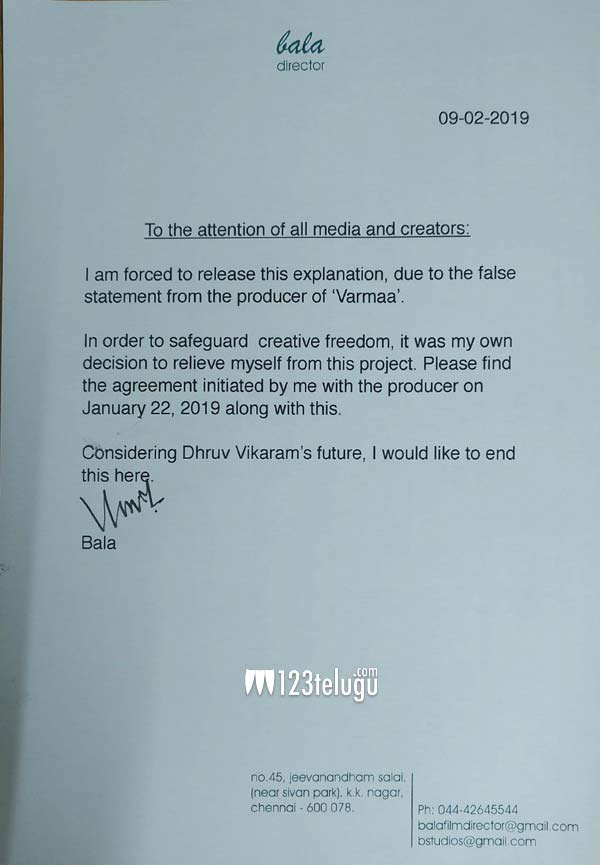