Balakrishna – Films like Dhamki should be watched only in theatres
Published on Nov 18, 2022 10:53 pm IST 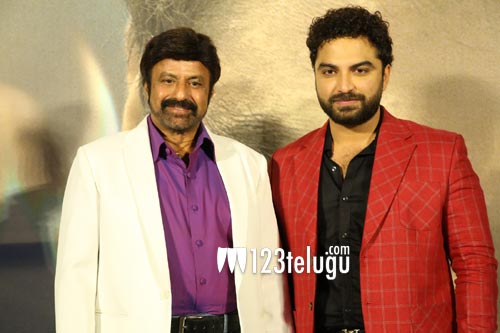 Balayya said that the trailer is superb, with eye-candy visuals. Balakrishna made fun of Vishwak Sen and called him a workaholic. He added that the thing he likes about Vishwak Sen is his passion for movies. Balayya amused fans by speaking in Telangana accent.

Balakrishna added that the Dhamki team had faced a lot of hurdles in bringing the movie to the audience. He further said Telugu audiences always encourage good content and new films. It’s very rare that a young actor is trying different aspects like acting, direction, and production said Balakrishna.

The star actor noted films like Dhamki should be watched only in theatres for their grandiosity. Nivetha Pethuraj played the leading lady. Karate Raju produces the movie under the banners of Vanmaye Creations and Vishwaksen Cinemas.