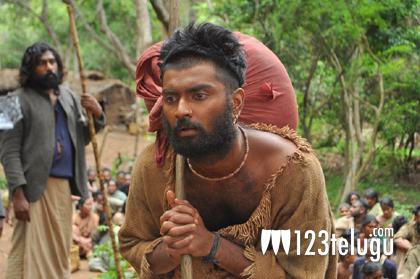 Award winning director Bala, who is known for his raw and realistic films, came up with the film ‘Paradesi’ sometime back. The movie was released in Tamil and met with success there. This film is now being dubbed into Telugu and it will release in the month of July. The audio album of this movie will be launched on July 22nd.

Kiran has bought the Telugu rights of this movie and he is releasing this movie in AP on Future Films banner. ‘Paradesi’ has Atharva, Vedhika and Dhansika in lead roles. The film is set in the 1940’s and it deals with the difficulties faced by labourers in the tea estates of Tamil Nadu.

G V Prakash has composed the music. Will ‘Paradesi’ do well in Andhra Pradesh, with its very ‘raw’ visuals? We will have to wait and see.