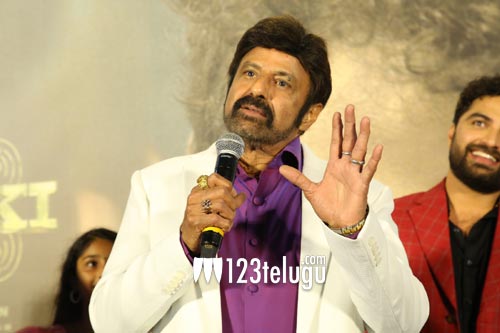 Balakrishna’s Aditya 369 is one of the finest science fiction films ever made in Indian cinema. The movie came in 1991 but was way ahead of its time. As a result, it got the cult classic tag and has always remained a unique film in Balayya’s career.

Fans were desperate for this movie’s sequel, and the moment has come. Balakrishna graced Vishwak Sen’s Dhamki trailer launch event and made crucial comments about the sequel.

He said that he would be directing Aditya 999 Max in the coming year, which took the fans by surprise. While the first part was directed by Singeetam Srinivasa Rao, the sequel will be helmed by the star actor himself.