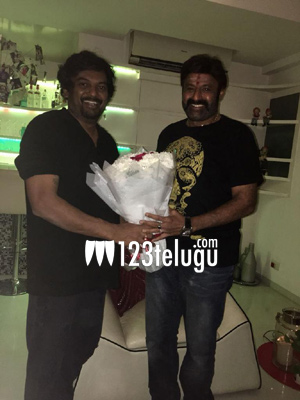 Nandamuri Balakrishna and Puri Jagannadh’s Paisa Vasool had a moderate run at the box-office. Balayya and Puri became good friends during their first collaboration. This prompted Balayya to wish Puri Jagannadh on his birthday yesterday.

Apart from Puri, Balayya also extended his wishes to the team of Mehbooba, Puri’s next film. Mehbooba stars Puri’s son Akash Puri and Neha Shetty. The film is set against the 1971 Indo-Pak war backdrop. The regular shooting will begin in October. Puri himself is producing the movie under Puri Jagannadh Touring Talkies banner.