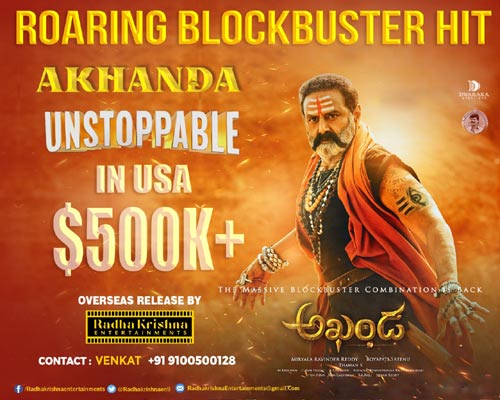 Balakrishna and Boyapati Srinu’s hat-trick film, Akhanda, released last Friday to a thunderous response from fans. The film registered record openings in Balayya’s career and is all set to turn out to be a money-spinner at the box-office.

Akhanda storm is not only limited to the twin Telugu states alone, as even the USA Nandamuri fans have given the film a collective thumbs up. Thanks to the massive positive word of mouth, Akhanda has already surpassed the $500K milestone in the US. The film is sure to enter the $1 million club, and its final gross will be beyond expectations.